Skip to content
2020 Gary Player Educator Of The Year 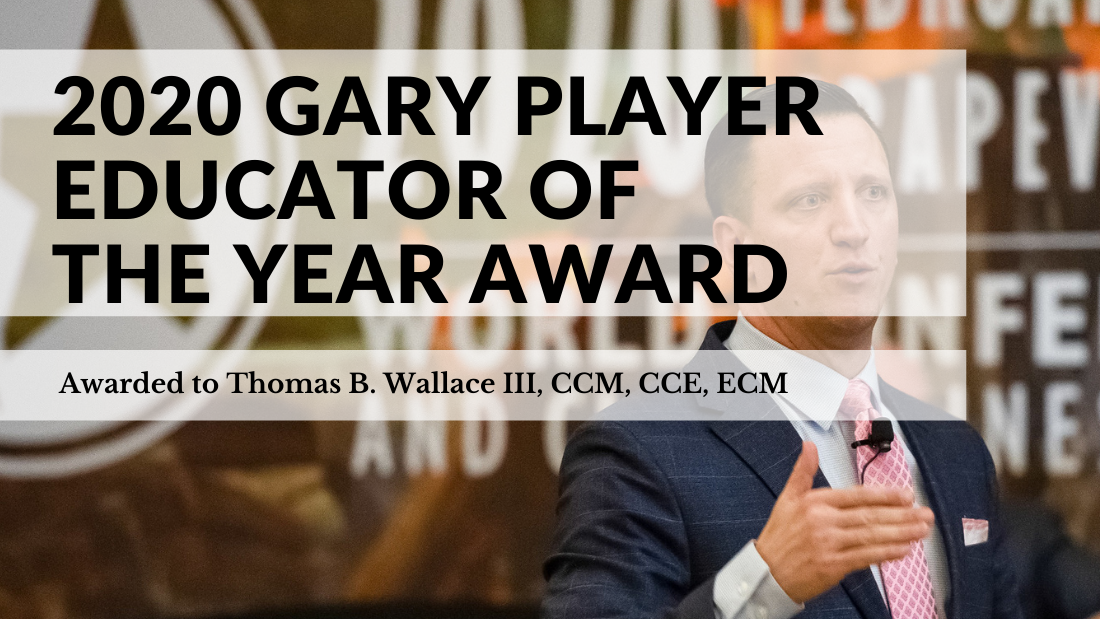 Someone once said that if you need to have something done, make sure you give the assignment to a “busy person.” That seems to aptly describe the lifestyle of Tom Wallace, who is the recipient of BoardRoom’s Gary Player Educator of the Year Award.

I first met Tom when he was the assistant manager at The Country Club in Pepper Pike, Ohio, a suburb of Cleveland. Tom picked me up at the airport and was driving me to the club, where I was going to do a presentation at the Ohio CMAA Chapter meeting. During our conversation and while answering the series of questions I was asking him, it became evident that he not only had a sincere passion for the private club business but also a strong desire to continue to learn and share his knowledge with others.

I continued to observe his career when he was hired at the age of 28 to be the general manager of the renowned Oakmont Country Club. While serving 10 years at Oakmont, he pursued his CCM designation and was also presented the Excellence in Club Management Award from the McMahon Group. Tom oversaw the 2003 U.S. Amateur, 2007 U.S. Open and 2010 U.S. Women’s Open at Oakmont, which some USGA tournament executives claim were some of the very best events they have held. It set a new standard for the major USGA events that followed.

It was during Tom’s tenure at Oakmont that I noticed his attendance at CMAA educational programs, both locally and at the annual world conference. I will always recall his interactive engagement with me during one of the programs, where I was the presenter during the CMAA World Conference in Hawaii. I was impressed with his questions and contributions to the session. (Even though I was a little put off by his not wearing socks to the meeting, something I still kid him about today.)

Tom had a reputation for developing very good employee teams, and I could see that his interest in educating his team leaders was a major factor in his management philosophy. He shared his knowledge of the club business not only with his subordinates but also with other club industry leaders. It’s likely the reason he was often asked to speak at CMAA meetings and conferences.

When Tom continued his management career at Mediterra in Naples, FL, he became even more engaged in presenting leadership programs and seminars to his peers in the industry. After joining Kopplin and Kuebler, soon to become Kopplin Kuebler & Wallace (KK&W), he initiated his teaching in the BMI programs developed by CMAA. Over the years, he has instructed hundreds of managers and he continually ranks as one of the highest-rated presenters for CMAA. In looking at some typical comments from the attendees, many of them note that he delivers not only great content but does so in an entertaining manner with a base of personal knowledge. He knows of what he speaks.

In addition to writing numerous articles on a variety of club management and governance topics, Tom has traveled the country to present educational programs for CMAA chapters and private club boards. In a typical year, Tom works with 20 to 30 general managers and their boards at annual retreats, discussing the best management and governance practices in the private club industry.

While actively engaged in his writing, teaching, and executive search work, Tom also balances his busy travel schedule by spending time with his family.  Additionally, Tom serves on the National Club Association Board, functions as the managing partner of KK&W and contributes his energy to the Club Leadership Alliance.

Education is his passion and the foundation of his very busy schedule, making Tom Wallace a truly worthy recipient of the Gary Player Educator of the Year Award. 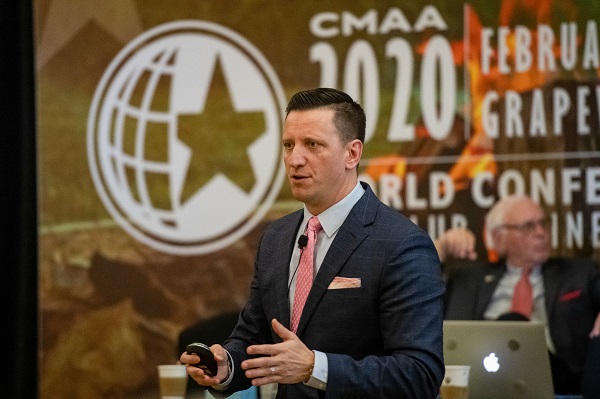 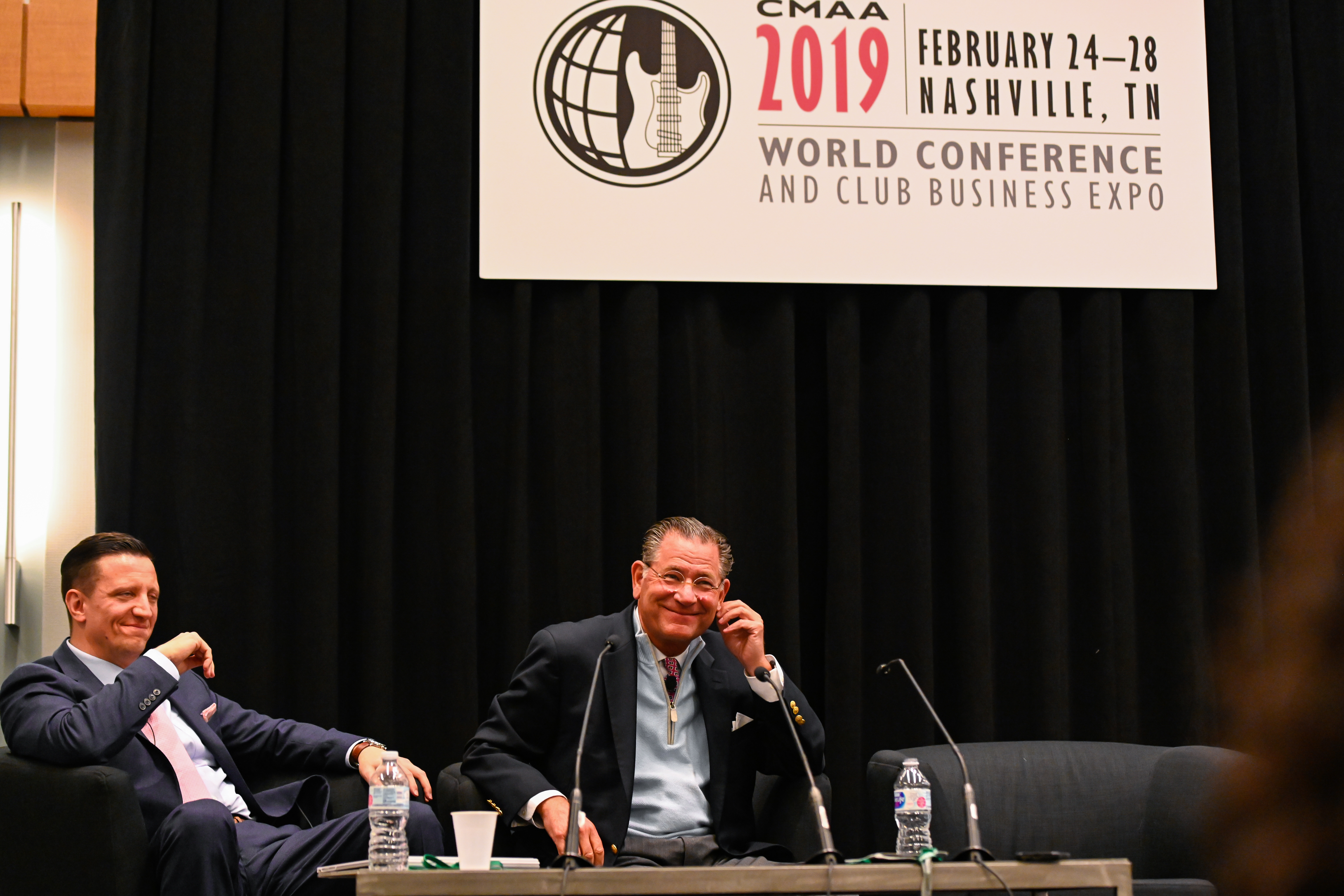 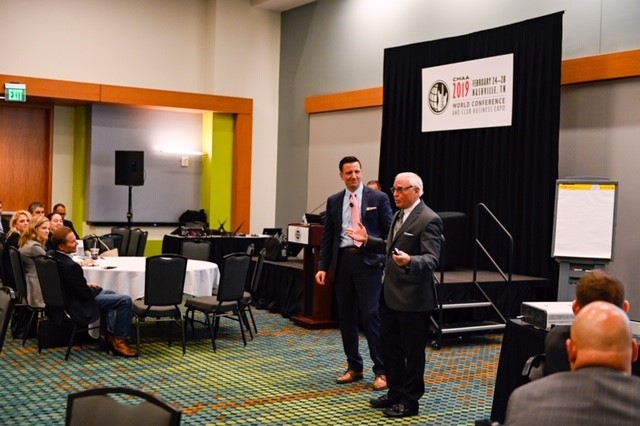 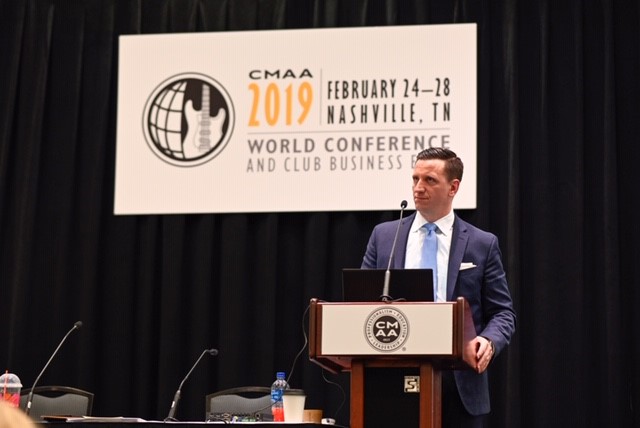