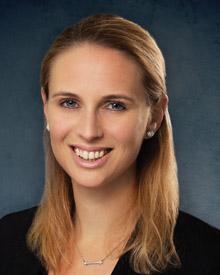 Annette Whittley has over 18 years of luxury hospitality service experiences.  After graduating from the University of Surrey, in the United Kingdom, with a BS in Hotel & Catering Management she joined luxury hotel industry leader Four Seasons hotels and resorts. Over 13 years with Four Seasons, she worked in restaurants, bars, recreation facilities, banquets, in room dining, and was involved in multiple renovations and property openings.  Her time with Four Seasons included city hotel and remote resort locations.

In 2015 she made the transition to private clubs, joining the executive team at Congressional Country Club which is the highest rated Country Club in the United States and globally by Platinum Clubs of the World.  Congressional has hosted five major golf championships and is the future host of eight major PGA championships including the 2036 Ryder Cup.

Her passion for the Club industry led her to start ASB Hospitality prior to joining KK&W where she plans to specializes in Food and Beverage Training, Consulting and Executive Chef Searches.  Annette is passionate about building a strong a foundation for the teams she works with.  She believes in lifelong learning and specializes in building leadership and service team’s product knowledge, service skills and the development of great systems.  When the basic fundamentals are in place hospitality magic can happen and life-long memories made!

Annette understands that each hospitality organization is unique and therefore customizes each of her services and trainings to your organization’s culture and traditions.  ​ These skill sets allow Annette to effectively evaluate any club’s Food and Beverage Operation and provide the necessary tools and training to elevate the service culture, and member and staff satisfaction.

Annette is a world traveler with six continents under her belt, including expeditions to Mt. Everest and Mt. Kilimanjaro.

Annette Whittley at Chef to Chef 2022

A firm commitment to Food & Beverage that involves talking, tasting, and experiencing steps of service daily is vital part of your organization’s success.

What Luxury Hotels and Private Clubs Can Learn From Each Other

In this segment hospitality trainers and consultants, Annette Whittley and Kate Buhler, merge their expertise to discuss similarities and common trends relevant to Luxury Hotels and Private Clubs. They discuss changes in operations, talent strategy and share predictions for future areas of focus.
Kopplin Kuebler & Wallace Podcast · What Luxury Hotels and Private Clubs Can Learn From Each Other

The Power of Pre-Shift Briefings

The keys to creating great member experiences are communication, teamwork and preparation. Annette Whittley, search executive and consultant with Kopplin, Kuebler and Wallace, shared the essence of an effective pre-shift briefing during a food and beverage seminar at the CMAA World Conference on Club Management earlier this year.

When planning pre-shift briefings, think about who, what, where, how and when….

Does Good Service Have A Side?

In my role as a trainer and consultant for KOPPLIN KUEBLER & WALLACE I have visited over 45 different Private Cubs in the past two years. These range in size, member demographic and food and beverage offerings, one thing however has remained true every visit. The more I learn, the less I realize I know. I am honored to have a role in which I am exposed to many different types and styles of service, and in this role, I get to help Clubs create standards, develop systems and elevate delivery of hospitality to their Membership.

While I am on property one of the first things that I tell the team is “leave your ego at the door”! What we want to build is consistent delivery of service for your Membership, in a way which reflects the culture and atmosphere of your club. Consistency is most important, and consistency is most difficult! We work on building that specifically for your club’s needs.

Commitment, dedication, success. Kopplin Kuebler & Wallace the most trusted name in executive search and consulting welcomes you to the KK&W podcast where we delve deep into the not so simple art of hospitality. Your host award-winning journalist, compelling storyteller, and video strategist Corey Saban talks with KK&W’s own Annette Whittley about New Intentions for the New Year!
Kopplin Kuebler & Wallace Podcast · New Year, New Intentions
Go to Top