Change can require time to navigate, and to meet the diverse needs of our clients during transition, KK&W has expanded our list of recommendations to include highly qualified interim club management professionals with industry specific executive leadership expertise.

Please email info@kkandw.com to begin the process of confirming an interim club manager. 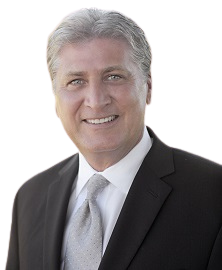 Dan Miles managed clubs among the best in America for more than 35 years. After completing a bachelor’s degree in Business at Indiana University, Dan joined Lafayette Country Club in Indiana as General Manager at the age of 24. During this time, Dan also served as Instructor of Club Management at Purdue University. In coordination with Purdue University “Hospitality Hall of Famer” and highly regarded Head of the Restaurant Hotel and Institutional Management School at Purdue University, Dr. Joseph Cioch, (later Dean of Conrad Hilton College of Hospitality), Dan developed develop the Club Management class which was to become a permanent addition to the Purdue University RHI course curriculum. Working with Purdue faculty members, Dan was instrumental in the formation of one of the earliest Student Chapters of CMAA.

Dan achieved Certified Club Manager designation in 1989, later earning Honor Society status and the Certified Club Executive title. And as a strong supporter of the industry, Dan served on the Board of Directors of both the Ohio Valley and Greater Cleveland Chapters of CMAA.

Bonita Bay Club in SW Florida is among the largest private country clubs in America with 90 Holes of Golf and annual revenue of roughly $40M. Dan formalized his relationship with Club Benchmarking after retiring as Chief Operating Officer of Bonita Bay Club in 2019.

Dan has worked with numerous club managers and club boards while with Club Benchmarking as Executive Director for the Midwest Region. Specializing in Board Presentations and Strategic Planning, Dan maintains his professional connection to Club Benchmarking as the champions of data-driven solutions and strategic initiatives. 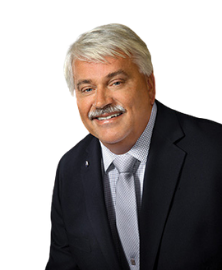 Larry Marx is a tenured GM/COO in the private club industry. He has earned a reputation for instituting and maintaining best practices. Over his career, Larry has been known for his innovations in areas of new programming, IT, family and children’s activities, historical branding, health care, water conservation and recycling, and mentoring. Many clubs have sought his advice and insights over his 30 years in the private club industry. He has been a featured speaker at CMAA World Conference, Regional and Local Chapter Education sessions, Leadership Summits, and Distinguished and Platinum Club Symposiums.

Larry sits on several boards and believes in being part of the community, giving back and assisting others to achieve their goals. He continues to mentor and provide professional development to aspiring private club team members. Seven of his mentees are currently active in the role of General Manager at private clubs.

As a consulting Interim GM/COO, Larry’s travels take him to clubs throughout the country. He works closely with club presidents, boards and management teams to assess, educate and implement change during an interim time of opportunity. Since he spends hundreds of hours each year with club presidents, he has a unique insight.

He knows that a collaborative, transparent relationship must be developed to create the club governance of the future. Larry has an aggressive style of interim management and has received unanimous accolades from club presidents at each of his assignments. Larry’s ability to communicate, provide leadership and education to club presidents has earned him the respect of every club president with whom he has collaborated.

When Larry is not at a club, you will find him spending time hiking or mountain biking. He lives in Defiance, Missouri with his wife of 37 years, Lisa. He has five grown children and five grandchildren. 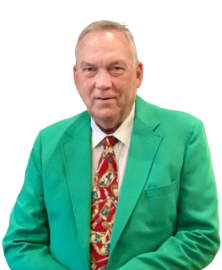 Patrick Fallon is a Certified Club Manager and a retired USAF Officer. During his military career, he managed six military Clubs – three stateside and three in overseas locations. Following his military career, he managed ten private clubs before retiring from active club management in January 2013. Since retiring, Patrick has held six Interim General Manager positions for clubs in Missouri, Mississippi, three clubs in Florida and one club in Minnesota. The tenure at each club lasted from two months to eleven months.

Patrick’s goal is to work closely with the club’s board keeping the club on track financially, assuring a smooth transition into the new management at the completion of the search process. Patrick is a hands-on club manager, getting to know the staff at the operational level. He has been and continues to be in this profession because he enjoys what he does. Patrick’s references include the six club presidents he has worked for and with during interim club management opportunities. 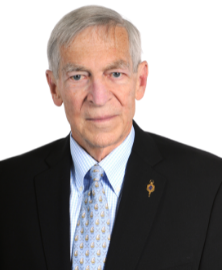 Robert E. Lee, CCM is a Certified Club Manager who has directed operations of both Member Owned and Corporate Owned Country Clubs in the San Francisco Bay Area since 1980. After retiring he has successfully served in Interim General management positions at five different prestigious California Clubs.

Robert cares for and mentors team members, presents articulated, clearly communicated goals and objectives, works to solidify and preserve organizational structure, policies and procedures and has been successful working with Club Boards and Committees.

He has served in Professional Association Leadership roles as an elected member of the National Board of Directors, as President of the San Francisco and Northern California Chapter and as Treasurer of the Golden State Foundation of the Club Managers Association of America.

Robert holds a BS from the University of Illinois and an MS from San Jose State University. He served as an Army Infantry Officer in Viet Nam and is Co-Founder, Incorporator of Hopes Corner, Inc. a 501(C)3 organization devoted to serving meals, showers and laundry services to the underserved since 2011.