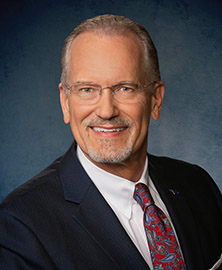 Ted Gillary comes to the KOPPLIN KUEBLER & WALLACE team after a very successful 35 years of experience in leading private clubs.

During that time, he built a reputation for effectively instilling performance excellence throughout club operations. He has extensive knowledge in strategic planning and has demonstrated how to align vision and strategy to build member loyalty and growth.

The practices Ted implemented for employee engagement and quality processes were consistently recognized by awards from the Michigan Quality Council, Best and Brightest Companies to Work For, and the Detroit Free Press.

Ted most recently was the CEO of the Detroit Athletic Club, a position he held for over twenty-five (25) years.  Prior to the DAC, he served for nine years as the COO of Orchard Lake Country Club and two years as General Manager of The Recess, a city club. Other positions prior to his first GM role, included the Grosse Pointe Yacht Club, and Food & Beverage Directorships with Hilton and Sheraton properties.

Ted received lifetime recognition when selected to join the 2019 Inaugural Class of Fellows, an honorary recognition program distinguishing those living CMAA members who epitomize the leadership, integrity, involvement, and contributions of club management professionals. Being recognized as highly engaged individuals for their contributions to the profession they are called to continued service as mentors, facilitators, thought leaders, and champions within the club community.

Ted’s experiences with serving thirty-five Boards and Presidents and engaging large and diverse employee groups has provided him a deep understanding of how to succeed in today’s challenging club environment.