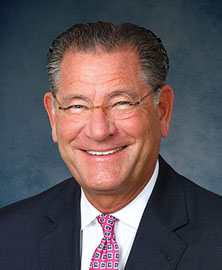 Kurt joined the firm in 2007 – KOPPLIN & KUEBLER – after a highly successful career managing clubs and club communities for more than 28 years.  Kurt’s club career includes appointments with the Tavistock Group, in Orlando, FL, where he was the general manager/coo of Isleworth Golf & Country Club, Isleworth Home Services and Isleworth Community Association. Previously, Kurt served in a similar capacity at The Loxahatchee Club in Jupiter, FL, and the Desert Highlands Golf Club in Scottsdale, AZ where he served as vice president and general manager.

Kurt has also served as president of the Florida Chapter Club Managers Association of America (CMAA) and served as a national director for the CMAA.  His comprehensive background and experience working for both member-owned and private developer clubs, as well as having successfully managed country, golf, and yacht clubs along with homeowners’ associations and support amenities allows him unique insights to all aspects of the club industry and its evolving state.

Kurt is the recipient of The BoardRoom Magazine’s Gary Player Educator Award in 2011.