Len Simard, PTR & USPTA Master Professional conducts all racquet sports, fitness, wellness and GM/COO professional searches for the firm’s club clients. Len is one of the industry leaders in tennis facility consulting, performing evaluations, compensation reviews and solutions to all types of racquets facilities and organizations throughout the Country. Under Len’s guidance, KK&W has partnered with The Professional Tennis Registry (PTR) to provide PTR members, clubs and employers the opportunity to be the most educated and connected in the business in addition to a partnership with the Club Spa & Fitness Association (CSFA). Len is currently the Vice President of Operations at the New Canaan Racquet Club in New Canaan, CT.

Len has been directing, teaching, and coaching at well-respected country clubs throughout North America for more than 35 years and is regarded as one the country’s leading racquets directors and managers. From 1998 – 2019 Len served as the director of racquets at the New Canaan Field Club in New Canaan, CT and concurrently at the Isleworth Golf and Country Club in Orlando, FL between 2004 and 2017. Len was also the former director of tennis & fitness at Boca Lago Country Club in Boca Raton, FL from 1990 to 2004. Len has hired, trained, and worked with hundreds of professionals in his career and is extremely proud that more than 47 of his former assistants are leading prominent clubs in the U.S. and Canada.

Simard was named Professional of the Year three times and twice Player of the Year by the Florida Division of the USPTA. In 2019, Simard was named National Club Manager of the year by the USPTA. As a player, Len holds 15 national singles and doubles titles in the U.S. and Canada. He has represented Canada in international play for more than two decades in the veteran categories. Simard, a past president of the USPTA Florida Division, has lectured on many industry topics at USPTA, USTA, TIA, PGA, and CMAA educational forums and conventions for more than 30 years. Len chaired the USTA committee to bring the first ever “Online Certification” to become a Racquets Director to the industry. This certification is now available through the University of Florida, is sponsored by the USTA and certified through the PTR and USPTA.  It is now the new industry standard in determining qualified directors of racquets.

Sarosiek is certified by the PTR, PPR, PPTR, one of only 200 professionals that are certified in three (3) racquet sports. Sarosiek is also certified as an Elite Professional by the USPTA, and works as a search executive and consultant within the racquet sports industry with Simard Enterprises.  Additionally, Sarosiek currently serves as the Head Racquet Sports Professional at Farmington Country Club, in Charlottesville, Virginia.  Farmington Country Club is perennially recognized as a “Platinum Club of America”, an accolade given to the top 150 country clubs in the United States. 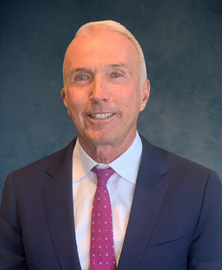 Harry Gilbert, USPTA, PTR, joins the team at Simard Enterprises, Inc., as a consultant and search executive in the racquet sports industry. Harry is an industry leader in racquets with over 40 years of experience in the hospitality, resort, and private clubs.

Harry served on the USPTA FL Board of directors for 12 years including a 3-year term as President of the Division. He was twice named FL Division “Pro of the Year”. His service to the USPTA continued as he then served for 14 years on the USPTA National Board of Directors including a 2-year term as National President. Harry has also been very active with the USTA serving on committees at the National and Sectional level. 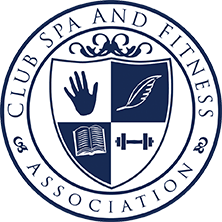 Scottsdale, AZ – KOPPLIN KUEBLER & WALLACE (KK&W) the nation’s leading hospitality search and consulting firm has partnered with The Professional Tennis Registry (PTR). KK&W is the leader in Senior Executive placement and consulting in the club and resort industry and will specialize in educating PTR professionals in many areas of their profession. The partnership will give PTR members, clubs and employers the opportunity to be the most polished and connected in the industry. 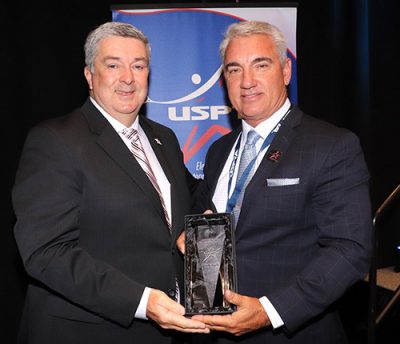 In 2018, Simard incorporated pro/ams, weekly one-day junior tournaments and mixed doubles socials to increase programming by 300%, leading to a revenue increase of $150,000. He also instituted midterm and final evaluations within the junior program and created a full pickleball program that includes learn-to-play classes, socials and tournaments.

Simard employs a staff of 10 full-time tennis professionals, seven of which are USPTA certified and three that will become USPTA certified, and retrained them to be fully compliant in the USTA 10 and Under protocol. Simard is a USPTA Master Professional and a past president of USPTA Florida.

Founded in 1927, the USPTA is the global leader in tennis-teacher certification and professional development. With more than 14,000 members worldwide, the association raises the standards of tennis-teaching professionals and coaches and promotes a greater awareness of the sport.

Industry leaders are taking a very different approach to racquet director pay structure such as considering higher base salary and limited lessons.

As a club general manager or chief operating officer, you have likely already realized that the racquet sports operation is the unsung hero of a successful club organization.

With a vibrant and robust racquet sports program (tennis, pickleball, squash, platform tennis, Paddle and POP tennis) serving as the heart­ beat of your club, it is important to review the different components of your director of racquet sports compensation package to attract and retain top talent.