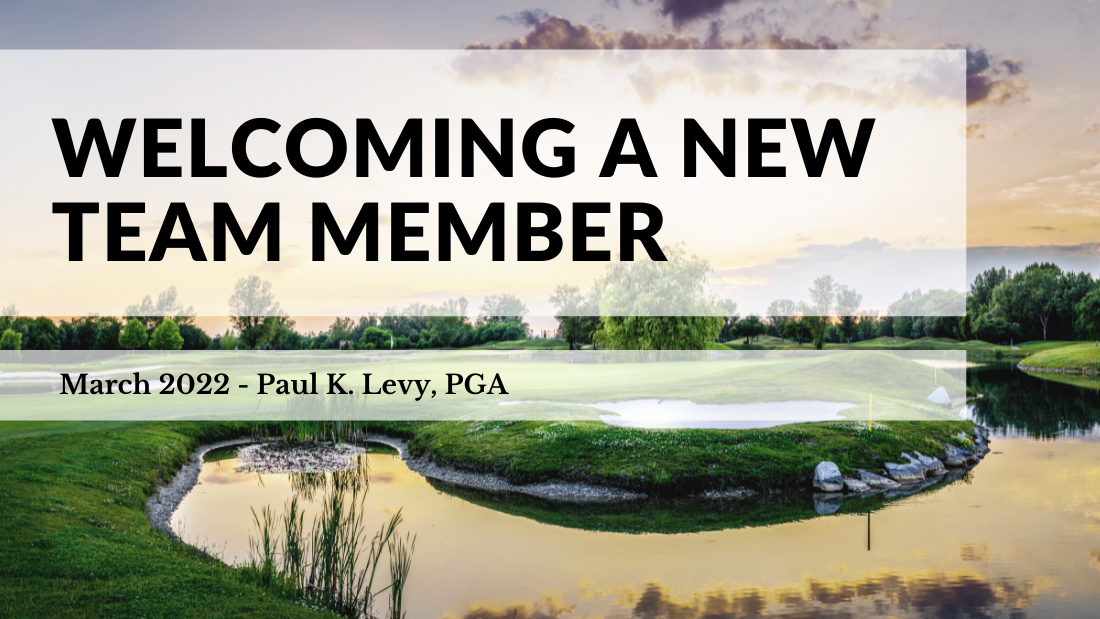 Paul K. Levy, PGA, 40th President of PGA of America is joining the firm as a Search & Consulting Executive

KOPPLIN KUEBLER & WALLACE, for over 25 years, continues to methodically add the brightest and most accomplished industry executive talent to our team to better serve our Clients and Industry Leaders. We would like to officially welcome the esteemed Paul K. Levy, PGA as a Search & Consulting Executive. Paul, most recently is the President and CEO of PKL Golf Management and Club Services in Pinetop, Arizona, specializing in operational management and consulting services for the golf and club industry. 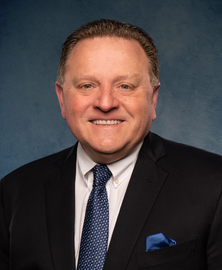 “Paul K. Levy represents our continued organic growth as a firm and is a golf-centric hospitality leader in complete alignment with our core values. Paul has had an extraordinary career as a golf professional, general manager, president of club operations and development and chief executive officer. Coupled with his decades-long support and leadership within the PGA of America, culminating in his Presidency of the organization from 2016 to 2018 and being inducted to the PGA of America Hall of Fame in November 2021. Paul immediately adds an enormous amount of golf operational and strategic knowledge to an already strong KK&W Team.

His network within the PGA will allow us to continue to place their best and brightest into great golf professional and general manager roles. We are excited for him to apply his passion for the industry and his hospitality development relationships will add to the success of our clients and the professionals we place,” as expressed by the KK&W partners.

“Being in the club and hospitality industry for all of my career, I was afforded the opportunity, early on, to meet Dick Kopplin. I clearly saw his passion for continuing education and advancing the careers of professionals in the industry. His love for helping others achieve success at the top private clubs in the country has been his life’s work. In my early days as a club executive and later as the President of the PGA of America my passion for the same two pillars of the club industry; career advancement for industry professionals and their education, drove many of my decisions. Now being part of the KOPPLIN KUEBLER & WALLACE firm allows me to continue my passion for helping others achieve success. I am thrilled to be part of a team that shares the same values,” Levy responded.

For more than 18 years Paul was President of Club Operations and Development for Sunrise Company in which time he developed and managed several properties in California, Texas, Nevada and Colorado. Additionally, he was the CEO and General Manager at Toscana Country Club in Indian Wells, California. Paul has been an active member of CMAA since 2005 and was also inducted to the Southern California PGA Hall of Fame.

Levy earned PGA Membership in 1986, and has served in a leadership capacity at both the Section and national levels since 1992.

As PGA President, Levy was influential in the decision to relocate the PGA Headquarters to Frisco, Texas, and spearheaded growing the employment consultant arm of PGA of America‘s Career Services and executive search. The $550 million PGA Frisco development will bring 26 PGA of America championships, approximately 150 jobs and a new Northern Texas PGA Section Headquarters.

From 2004-2008, Levy was a member of the PGA Board of Control. He has served on several National Committees dating back to the early 1990s. Levy was president of the Southern Texas PGA Section from 1998-2000, and earned the 2000 Southern Texas PGA Golf Professional of the Year Award. He has also been named as a three-time Section PGA Junior Golf Leader recipient (1992, ’93, ’98); the 1999 Section Bill Strausbaugh Award winner; and the 1997 Section Merchandiser of the Year for Public Facilities. Additionally, he chaired every major committee of the Section at one time in his tenure as a Section leader. From 2007-2012, Levy was elected as an Independent Director on the Southern California PGA Board of Directors.

From 1999-2004, Levy served as General Manager and PGA Director of Golf at Royal Oaks Country Club in Houston; and was the Senior Vice President of Club Operations for Sunrise Company (the developer of Royal Oaks Country Club), overseeing properties in Nevada, California, Colorado and Texas. In 2004, Levy moved to Southern California to oversee the development of Toscana.

A native of New Orleans, Levy is a 1983 graduate of Louisiana State University, where he was a three-year member of the Tigers golf team.

Please join us in welcoming Paul to the KOPPLIN KUEBLER & WALLACE team.